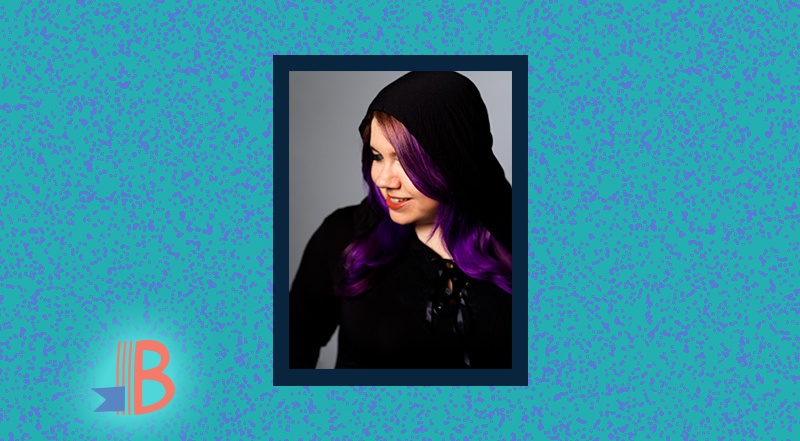 Kody Keplinger, author of The Duff and That’s Not What Happened tells us why she chose to write her latest book in the way she did!

“I’m not doing this again,” I told myself after finishing my last book, Run. “I’m not writing anything non-linear again – at least not for a while. That was so hard.”

Fast forward a few months, and I found myself staring at an outline, thinking, “Well…crap.”

That’s Not What Happened is not only written with multiple timelines – with one going forwards and the other working backwards – but it also incorporates multiple additional pieces: letters from the survivors and short, unofficial obituaries of those lost in the school shooting Lee writes about.

Figuring out how to tackle all of this in a way that kept me on track was a challenge. Since the book has been published, I’ve actually gotten a few questions about what I wrote first. And since the book has such a different structure from my others, I thought it might be an interesting question to answer.

The very first thing I wrote of That’s Not What Happened was the opening “Dear Reader” section from Lee. I’d been walking my dog one night when almost all of that section just sort of flooded into my head, giving me the idea for the book as a whole. I penned those first couple of pages before I’d done anything else. From there, I began researching, taking extensive notes, and creating an outline.

Once I knew where the story was going and how it would be structured – and once I had all my research (which took several months) completed – I began writing the first twenty pages or so of Lee’s narrative. However, at that point, I realized I couldn’t go any farther until I understood the other survivors – Lee’s friends – a bit better. I had notes on what their letters would include, but I knew writing the letters in full would really help me understand their characters more. So I sat Lee’s narrative aside and began writing the letters from each of her friends.

I wrote Denny’s letter first, followed by Eden’s. Ashley’s came next, and then I wrote Miles’s – which was the most challenging, I found. I decided to hold off a while on the last letter, knowing I wanted a bit more of the narrative nailed down before I tackled it.

When I went back to Lee’s narrative, I wrote it completely out of order. One day I’d write a section near the end of the book. The next day I’d be back near the beginning. I kept careful track of my outline to make sure I was staying focused. Eventually, I returned to writing the last remaining letter, then wrapped up Lee’s narration.

The obituaries actually came in a while later. As I revised, I realized the story was lacking something, and I knew I wanted to tie in the victims more. To make sure the story recognized them, too.  So I wrote those out one by one, and then placed them throughout the draft where they seemed to best make sense.

After doing all that, revising to make the story feel cohesive was the real challenge. I’d written it out of order, which meant I had to make sure all of Lee’s narrative, especially, flowed together well. And then, finally, I was able to step back and see the book as a whole.

It was a challenging writing process – from the very heavy subject matter to the structure of the story – but it produced a book I’m really proud of. And that I hope readers will connect with.

And this time, I’m smart enough not to lie to myself and say I won’t write anything non-linear again. Because the minute I say it, I’m sure I’ll have an idea for an even more complicated plot structure. Only time will tell.