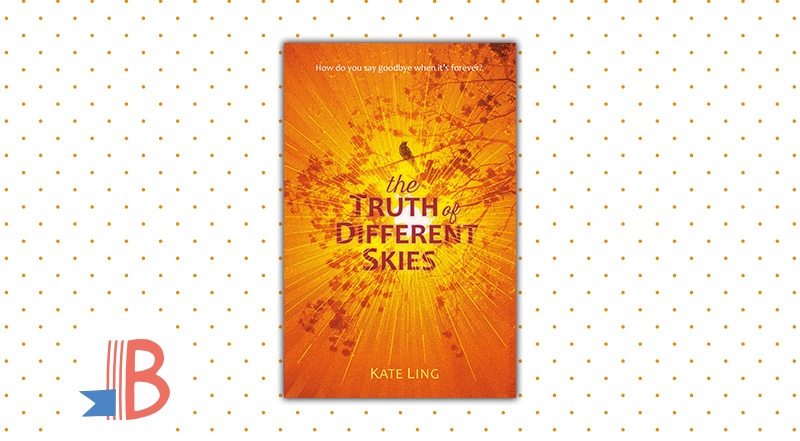 Kate Ling, author of The Glow of Fallen Stars and The Loneliness of Distant Beings tells us about her new book coming May 2018, The Truth of Different Skies, and why she decided to write this as a prequel.

ALL ROADS LEAD TO VENTURA

So here’s a question I keep getting asked… Is THE TRUTH OF DIFFERENT SKIES:

The answer, my friends, is both far more complicated and surprisingly simple.  And it is:

ALL OF THE ABOVE.

Right from the start, I have always known the Ventura’s origin story would have to be told. THE LONELINESS OF DISTANT BEINGS took us right into the middle of the Ventura’s several-hundred year mission so that, like main protagonist Seren, we are thrown into this rootless existence, hurtling through space in a tin can with no context, no history, no connection and also no hope of seeing the final destination.  I wanted the reader to feel that lack of any past or any future beyond the walls of the Ventura, to experience that claustrophobia first hand.

In THE TRUTH OF DIFFERENT SKIES the main character is also trapped, albeit in a different way.  Bea, great grandmother to Seren, and potential Ventura recruit, is working full time while still at school in the rural Wales of 2050, where life is tough and uncompromising, and going nowhere fast.

Like Seren, Bea knows very little about love.  But where Seren’s family life is all about structure, to the point where she feels there’s no space for real feelings, Bea’s family has no structure, no stability, and has been blown apart by the mess and havoc wreaked by the randomness of human emotion.  All Bea knows about love is that it’s destructive, that it ends badly, that it can go unreturned and eat you up inside.

These aren’t the only ways in which Bea’s life is an inside-out mirror to Seren’s, but to say any more would provide too many spoilers all round.  Suffice it to say that the series as a whole, and each part within it, are, at heart, about feeling trapped and finding a way to freedom.  They are about main characters who are brave, determined, and who overcome obstacles and take repeated steps into the unknown in the quest for the future they know is right for them.  They are about loss, agency, sacrifice, following your dreams, desire, growing up, being flawed, living with an invisible illness, what makes us human, and the unpredictable and uncertain beauty of love.

I love a beautifully rendered trilogy but, if you’re not careful, they can be predictable, or they can run out of steam. With my all-of-the-above third entry I was aiming to try something a little different.  Why not make a series where, like one of those ‘Choose Your Own Adventure Books’ from the eighties, you can find your own way into the story, following the clues and finding the links between the three, creating your own route through to the end?  After all, writing a story is only ever half of the process.  It only lives once its playing in the mind of the reader, like a movie on a screen, and I love the idea that his story could live in more ways than just one.