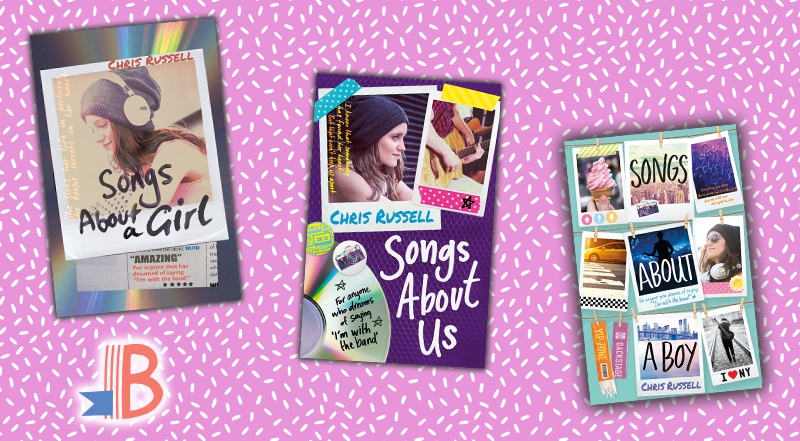 To celebrate the publication of Songs About A Boy, we have an EXCLUSIVE NEVER BEFORE SEEN deleted scene from the second book in the Songs About A Girl trilogy, Songs About Us!

This scene would’ve come about a quarter of the way through the book, just before Charlie (the main character) and her best friend Melissa go to band, Diamond Storm’s, gig…

A deleted scene from Songs About Us…

‘Answer me this, Charlie,’ Melissa was saying, as we crossed the road on our way home from school. ‘If you were Shelley from Computer Club, which obviously you’re not, but if you were, would you think it was a good idea to use a cryptographic algorithm on a WordPress blog?’

We were battling our way down the Peppard Road through a sea of chattering students, flustered-looking parents and small children on scooters, and my stomach was turning with guilt. I still hadn’t told Melissa about the FireLighters, even though, really, the situation was quite simple. Campbell and Duffy needed a third person to help run their fan club; someone with good organisational skills, someone who knew their way around the blogosphere. Someone who lived and breathed Fire&Lights.

And that someone was clearly Melissa Morris.

Melissa was poking me on the shoulder.

‘Would you use a cryptographic algorithm on a WordPress blog?’

She rolled her eyes.

‘Cryptographic. It’s a type of cipher.’

I stammered something incoherent. Melissa let out a little puff of air.

‘You don’t know what a cipher is either, do you?’

‘Look, as important as algorithms are,’ I said, stopping in the street, ‘I have something to ask you. It’s sort of about … Fire&Lights.’

Melissa grabbed both my hands.

‘Ooh, wait! You never told me. The toilets at Kingdom Records. They’re solid gold, aren’t they?’

I let out a laugh. I had actually been to the Kingdom toilets before Olly and I started our tour, but the loos, though extremely posh, were fashioned from plain old porcelain.

‘This is terribly upsetting,’ said Melissa, pressing her fingers into her forehead. ‘Next you’ll be telling me that Barry King doesn’t really have a monkey butler …’

All three books in the Songs About A Girl trilogy are available to buy now. Find out more here.