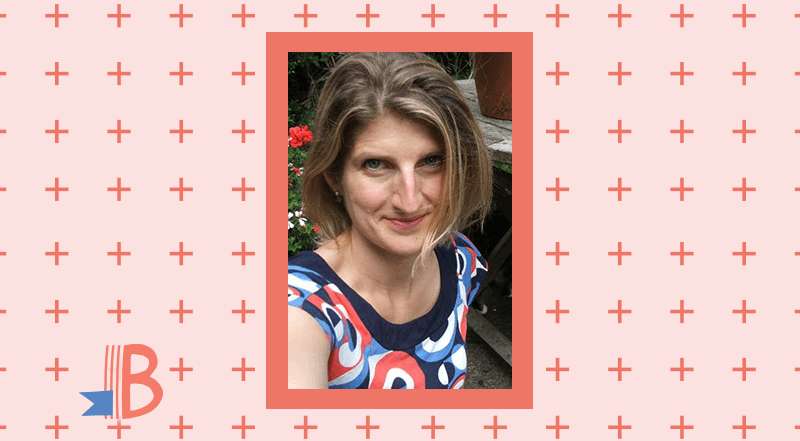 Lucy Courtenay, author of Movie Night, gives us the details of her #Shelfie

• The Dark is Rising by Susan Cooper. Beyond epic. Tiny print though.

• Teaching Little Fang by Mark Swallow. When I was an editor, I read a slushpile YA book by an anonymous author and decided to take it on. The author turned out to be Mark Swallow, whose book here was one of my favourites in the 90s. He was rather shocked that I knew who he was.

• To Kill a Mockingbird by Harper Lee. Taught this to English Proficiency students in Lisbon in the early nineties. Magnificence from cover to cover.

• Shakespeare by Bill Bryson. I haven’t read it (proof that this is a genuinely uncurated, if straightened, shelf) but I love Bill Bryson, so there’s hope.

• The Hitchhiker’s Guide to the Galaxy by Douglas Adams. Heard the radio play for the first time in March. How had I gone so long without it? It makes so much more sense than the book.

• Sputnik’s Guide to Life on Earth by Frank Cottrell Boyce. My son’s. Confess I haven’t read it.

• Night Train to Lisbon by Pascal Mercier. Gorgeous literary thriller set in a city I adore.

• The Moon in the Water by Pamela Belle. English Civil War romance and a huge influence on me aged 16. I can still quote the sonnet Francis writes to Thomazine.

• Prudence / Emily / Bella / Imogen / Octavia by Jilly Cooper. Jilly is the queen of humorous romance. Pithy perfection. Riders and the rest were all too long compared to these.

• Love is a Many Splendor’d Thing by Han Suyin. Ooh, this did make me cry. Hong Kong in the late forties. Pretty Penguin edition too.

• Kingdom of Rains by James Courtenay. My brother’s beautiful poems.

Find out more about Movie Night in our blog post on the books we’re buzzin’ for this year here.

Movie Night is available to buy from 11th Jan 2018, but you can pre-order here.