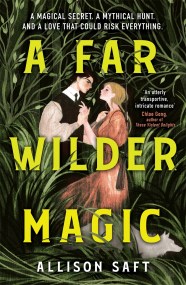 A MAGICAL SECRET. A MYTHICAL HUNT. AND A LOVE THAT COULD RISK EVERYTHING. In the dark, gothic town of Wickdon, Maggie Welty lives in an…